History of Rovering in Australia

Rovers originally started when older Scouts wanted a section appropriate for their developmental age and ability. After some early experiments with Senior Scouts in the late 1910’s, Rovers was officially adopted in 1918. The publication “Rovering to Success” was released by Baden-Powell in 1922, which detailed the general aims and program of the Rover section.

“Rovering to Success” detailed the goal for Rovers to create a well-rounded and valuable member of society by developing oneself through leadership opportunities and a wide range of experiences not necessarily available to the general public. The main focus of these is to provide service to the Scouting community and the General community; hence the Rover motto of Service.

As the Rover program developed through the 1920s, the use of St George and Knighthood theme were adopted. Baden-Powell believed that St George – the Patron Saint of Scouts – represented what a Scout should strive to be – selfless with both moral and physical courage. 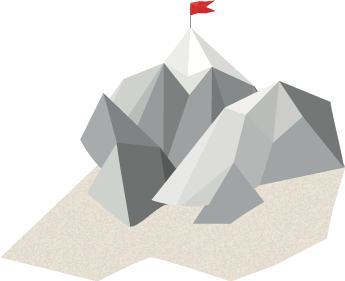 Baden-Powell thought that Senior Scouts was not a good name for the new section and that it wasn’t imaginative enough. After various suggestions, Rover Scouts was adopted. Age of entry to Rovers was fifteen.

Age of Rovers was lifted to seventeen and a half. The first International Scout Jamboree also took place at Olympia, London.

Baden-Powell published Rovering to Success. The book was enthusiastically received and eventually became one of the cornerstones of Australian Rovering.

1st Epping (Sydney North Area/Region, NSW), thought to be the oldest continuously operating Crew in the world, is registered.

The 1st World Rover Moot was held at the International Scout Centre at Kandersteg in Switzerland.

Upper age limit of twenty-five was introduced. Squires could join a Crew at sixteen but could not be invested until seventeen and a half.

The Baden-Powell Award Scheme, first proposed in 1946, was introduced for the Rover Section, in a revised form. This was not made official nationally until 1961.

The 7th World Rover Moot, the first to be held in the Southern Hemisphere, took place in Clifford Park, Victoria.

The Rover section was abolished in Britain. “Underground” Crews continued to operate.

“Design for Tomorrow” recommended the abolition of Rovers, to be replaced by a new Section, Pathfinders. Rovers rejected this change.

Female members were first officially admitted to the Rover section in Australia. Female membership had been trialed in various Crews over the previous five years.

The Policy Organisation and Rules was amended to reflect these changes, allowing the establishment of Rover Councils and almost full autonomy for the Rover Section from Group through to National level.

The 8th World Moot was hosted in Victoria. This was the first World Moot held for nearly thirty years and was a result of successful lobbying to the World Scout Council by Australia and a number of other nations.

Centenary of Rovering around the World

Uniform changes, with shoulder badges phased out, and the shoulder knot is now optional (with an optional Rovers bar to attach them – replacing the Service bar).

The full force of COVID-19 shut down scouting nation wide. The pandemic saw Rovers from all walks of life keeping scouting alive through Scouting@Home and supporting their other sections and community, with impacts into 2022.